Crowning a Hi5A co-worker receives a great Hi5 and you, the Admin, have decided to reward them. Keep the recognition snowball rolling! Crown their Hi5 to show the company what an awesome employee they are! Step 1: Hi5 Wall of FameOn the Hi5 Wall of Fame, browse for a Hi5 you would like to crown click on the three dots in the top right corner of a Hi5 you've selected. You'll be given the option to Crown, or Remove it. Click on Crown. 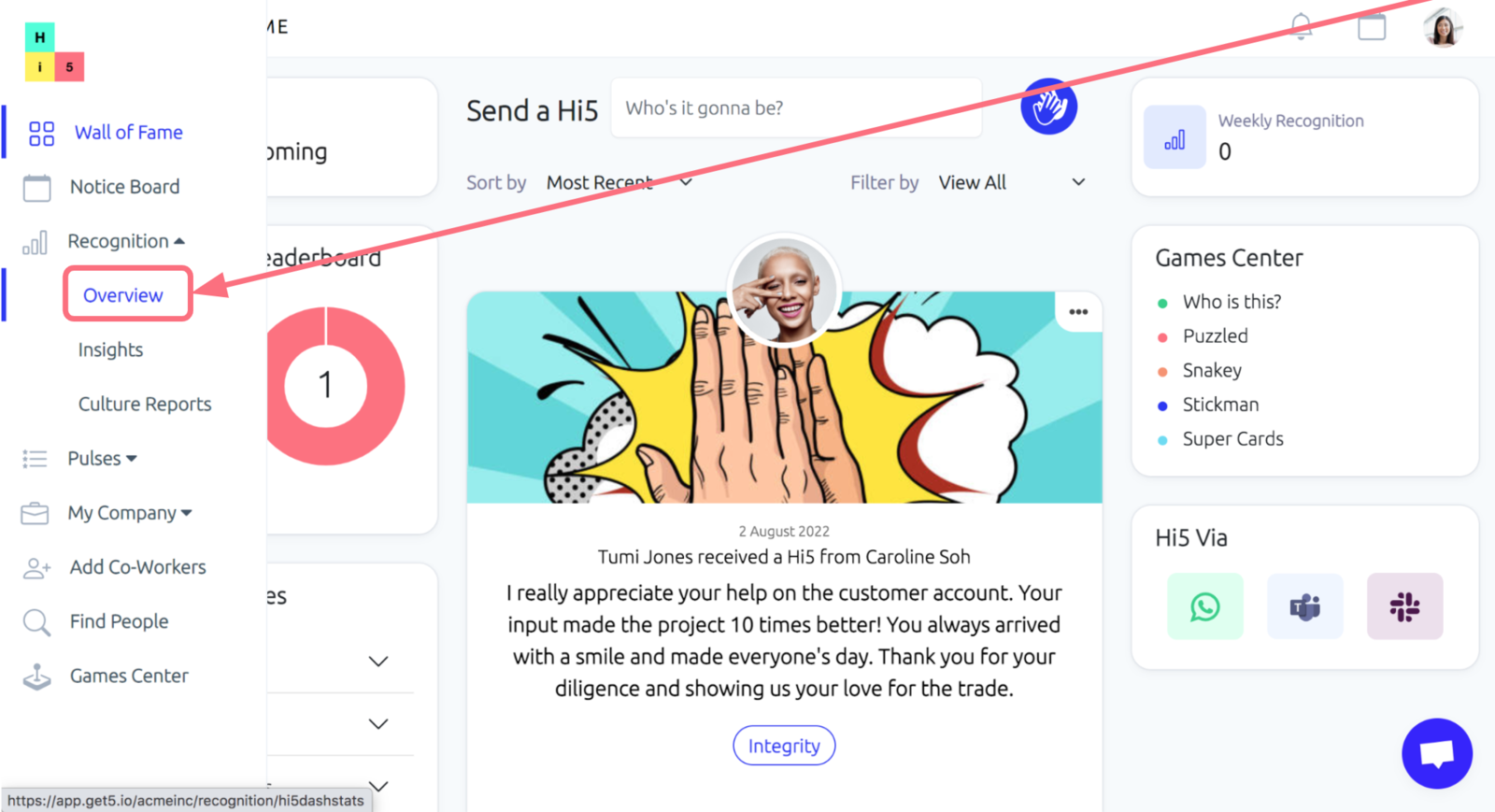 Click on any user's profile to get a detailed view of what their co-workers are saying on the Hi5 Wall of Fame:

Click on a three dots on the top right of your selected Hi5. You can crown the Hi5 in this way by clicking the Crown button. 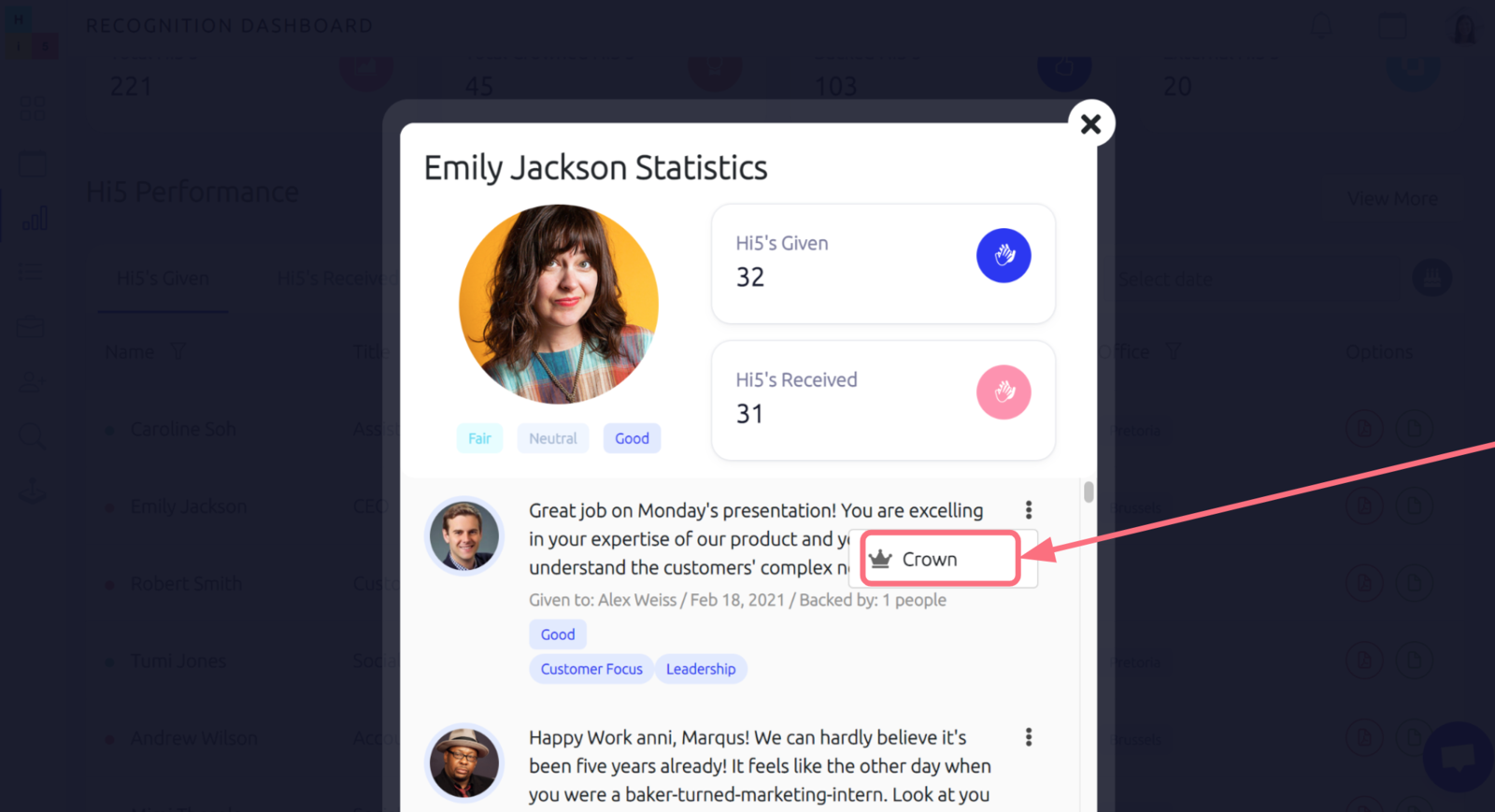 Step 3The giver and receiver will be notified via email that a crowning has occurred! Everyone in your company will now be able to see the Crown icon in full colour next to the name of the receiver on the Hi5 Wall of Fame! If you've integrated with Slack, a cool notification with a GIF will be posted on your dedicated Hi5 Slack channel. 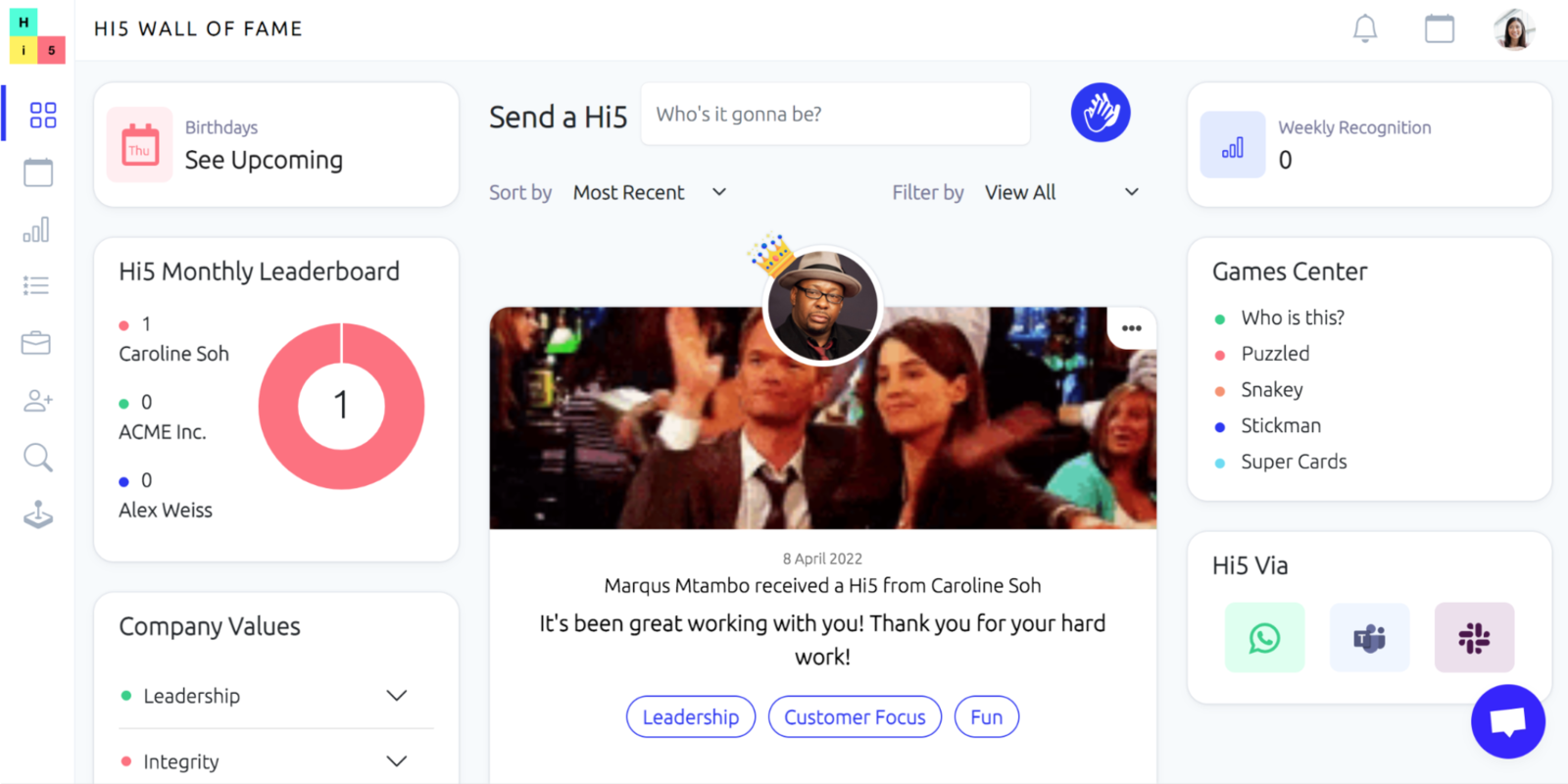 Uncrown a Hi5In the rare occasion that you might want to uncrown a Hi5 😟 you can follow the same steps as above to remove the crown.

Or go back to your Recognition dashboard, click on the Hi5 you would like to uncrown. Here you'll be able to uncrown any of their Hi5's.

Note: Crowned Hi5's can still be backed! Normal rules apply: you can't back your own Hi5's (given or received, including Team Hi5's). Check out this article to learn how to back a Hi5.