Slack IntegrationIntegrating Slack with Hi5 will allow you to Hi5 your co-workers directly from the Slack app. Users will also receive Hi5 notifications as well as regular reminders to Hi5 and rate each other.Note: Only users who are both Admin on Hi5 and your Slack account will be able to integrate. Check out this video for a quick overview of the Slack integration process:Step 1Create a Slack channel that you will integrate with Hi5 - this is the place where co-workers will be able to give Hi5's and see the company Hi5 feed. They will also receive notifications on important happenings, as well as reminders to Hi5 and Rate each other! 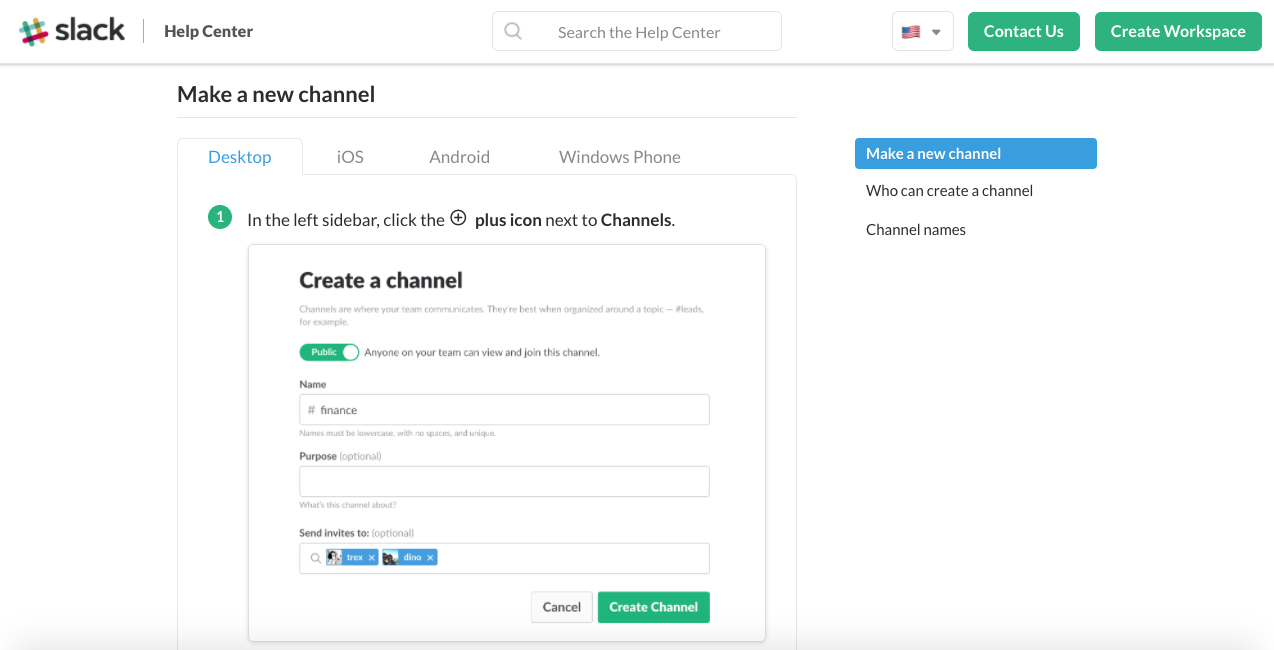 Step 2On your Hi5 Wall of Fame, scroll down and click on the Add to Slack button near the bottom of your screen.

Step 3A page with instructions will open. Read and follow them carefully and then click the Add to Slack button at the bottom.

Step 4Make sure you have chosen the correct Slack team, then select the #channel that you created in Step 1. Click Authorize.

Step 5Once successful, enjoy the confetti 🎉 😊 and then click Close. If you ever want to change the Slack #channel you use for Hi5, just follow the same steps as above - it will override your previous choice.

Important: If you integrated Slack before April 2018, you will need to remove your current Hi5 Slack app (see how) and re-integrate following the steps above to be able to use the new Hi5 Slack commands 👇 Step 6: using Slack commandsBelow are the commands you can type in your Hi5 Slack #channel:/hi5 @ - start giving a Hi5 to someone (details in Step 7 below)./hi5 help - the quick Hi5 help guide./hi5 received - see how many Hi5's you've received./hi5 given - see how many Hi5's you've given./hi5 avail - see how many Hi5's you have left to give./hi5 ratings - see how many ratings you've done, and how many are still outstanding./hi5 whoami - see your Hi5 stats and personal info./hi5 factme -  get a random recognition fact.Step 7: Give a Hi5 using SlackTo give a Hi5 on our new Slack app, you will type something like the following:/hi5 @ashley You did a great job today! #gif

Let's break it down:/hi5 - starts the command to give a Hi5.@ashley - the Slack handle of the person in your company you are giving the Hi5 to. This example features Ashley 😜 You can only @ mention one person for the Hi5 (in other words, no Team Hi5's).You did a great job today! - the Hi5 reason or message you are giving. This will be your own text, obviously!#gif (optional) - assigns a random high five GIF for fun!Good to know: You can only give Hi5's to people who are both in your company and in your integrated Slack #channel.P.s. You can type the commands in any channel or conversation - the Hi5's will automatically appear in the integrated Slack #channel! 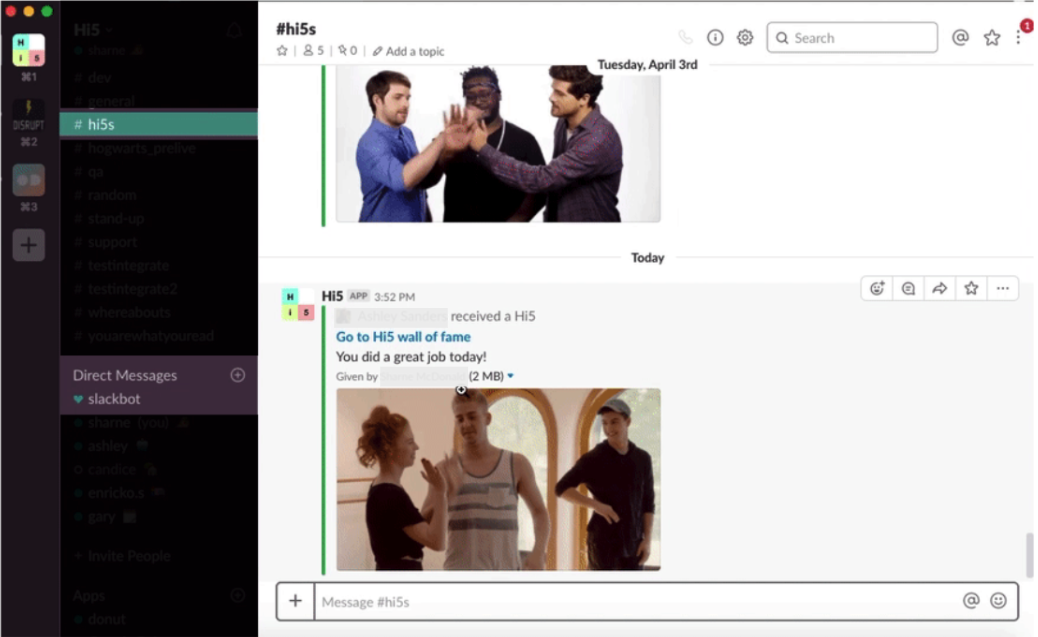