Giving Hi5's to people outside of Hi5Ever wanted to thank someone for doing something amazing, except for one problem: they're not on Hi5!Our latest feature, Hi5 Someone Else, allows you to give Hi5's via email so that you can give recognition to people who are not in your company and do not have a Hi5 account.Step 1Go to the Give a Hi5 hand icon. 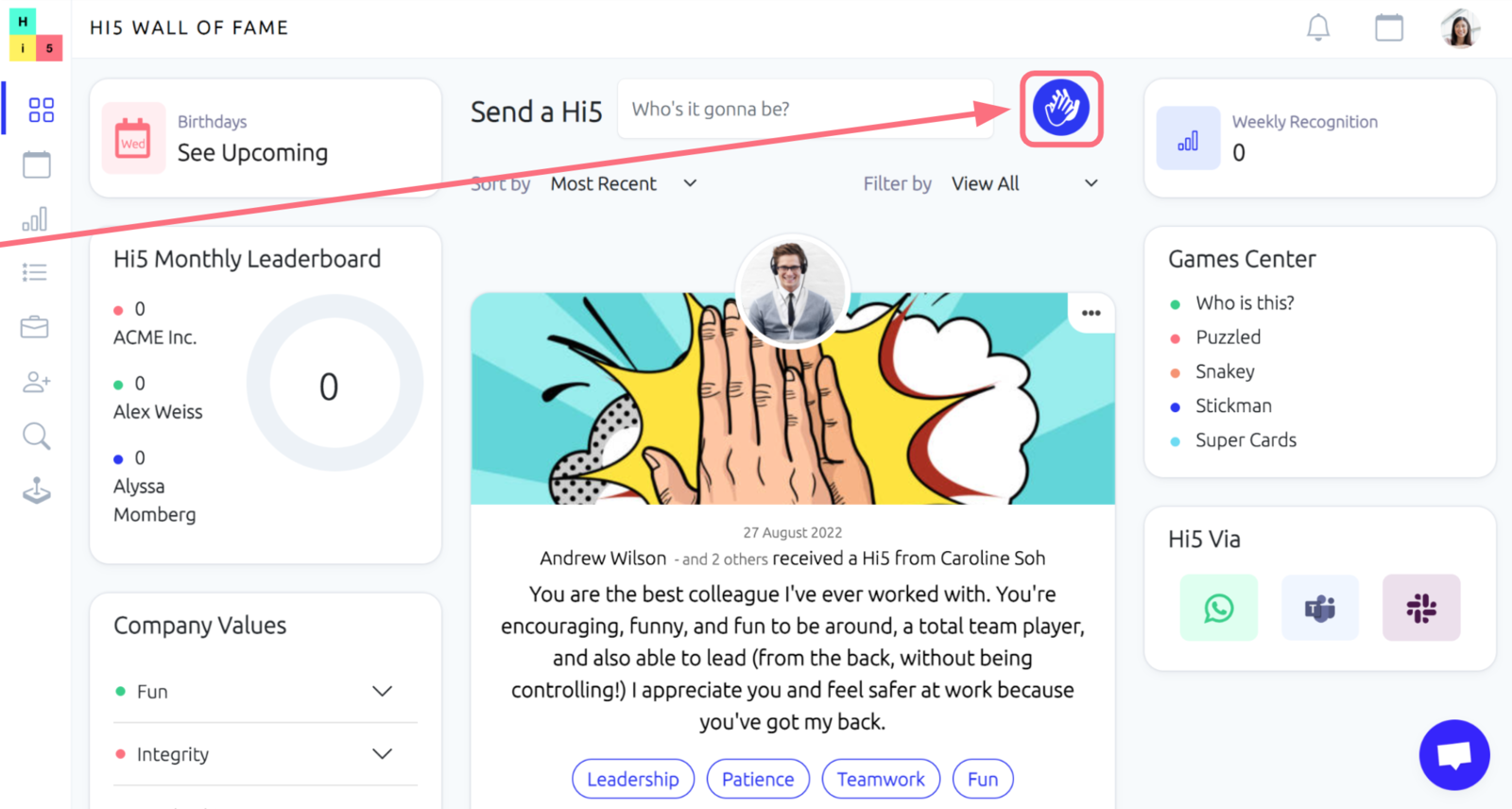 Scroll down and click on the Give a Hi5 outside of your company button. 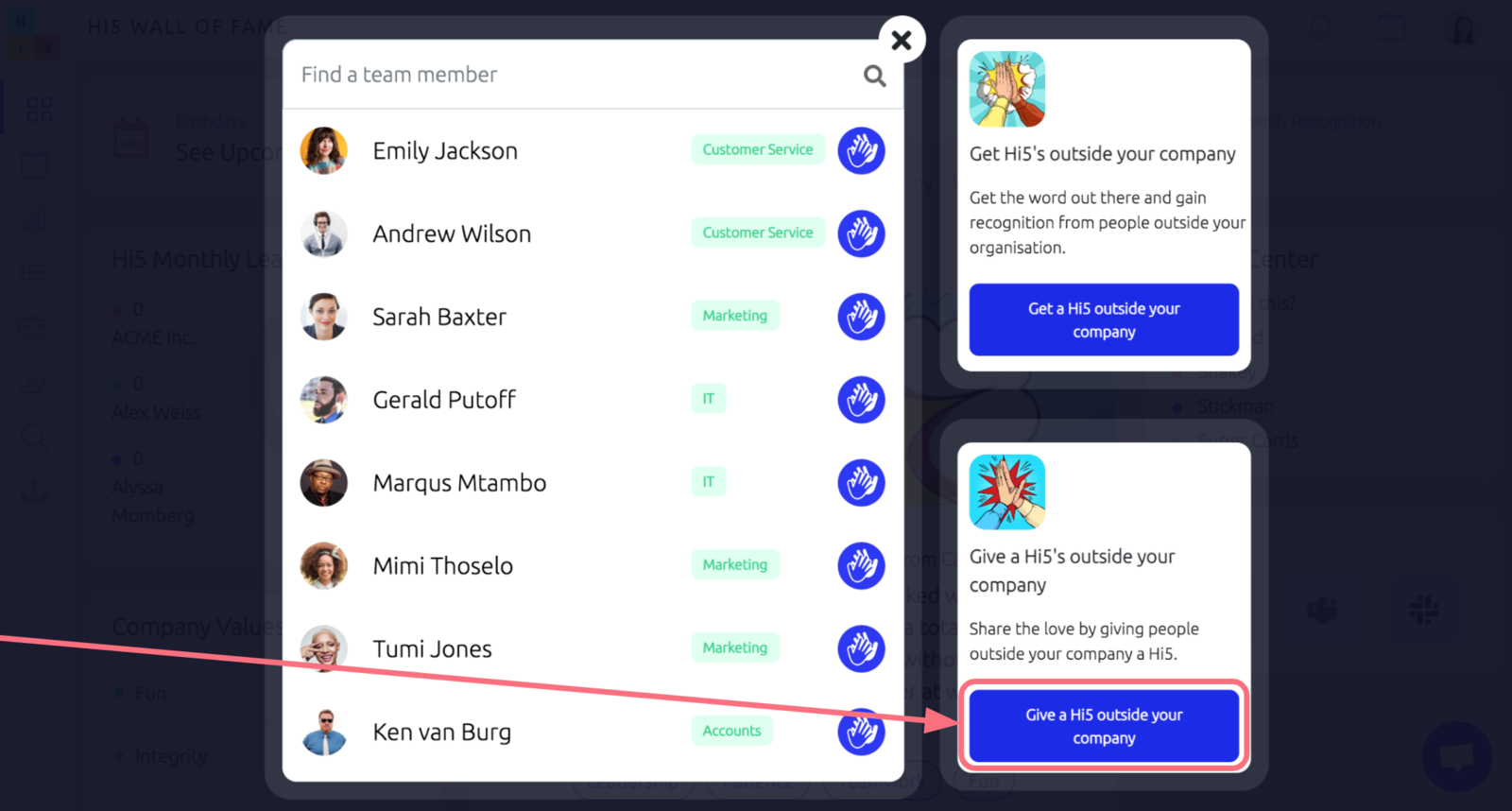 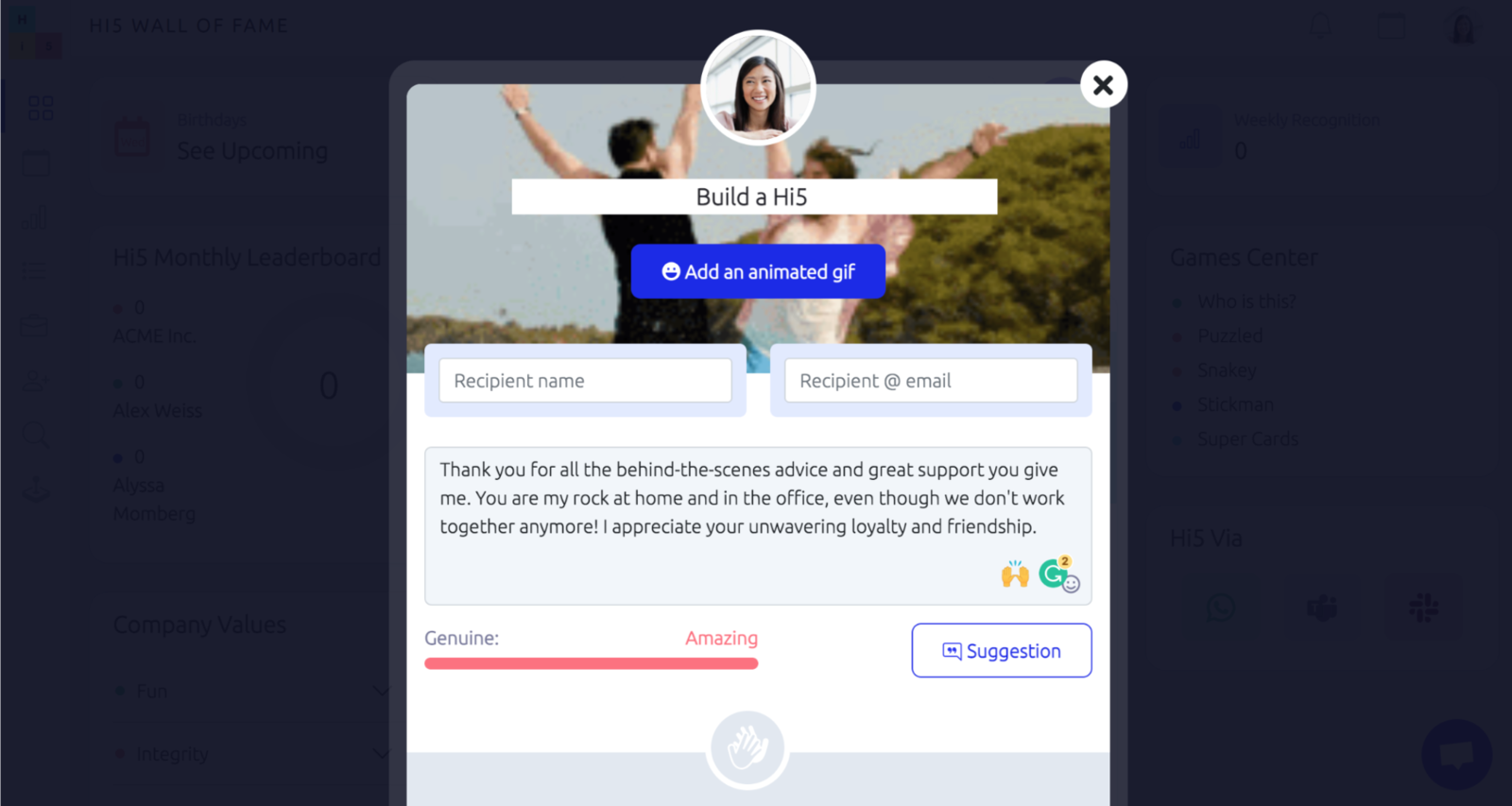 ​P.s. use our nifty Genuine Meter to make sure you're sending a top quality Hi5!Step 3Lastly, add the Hi5 receiver's Name and Email address. 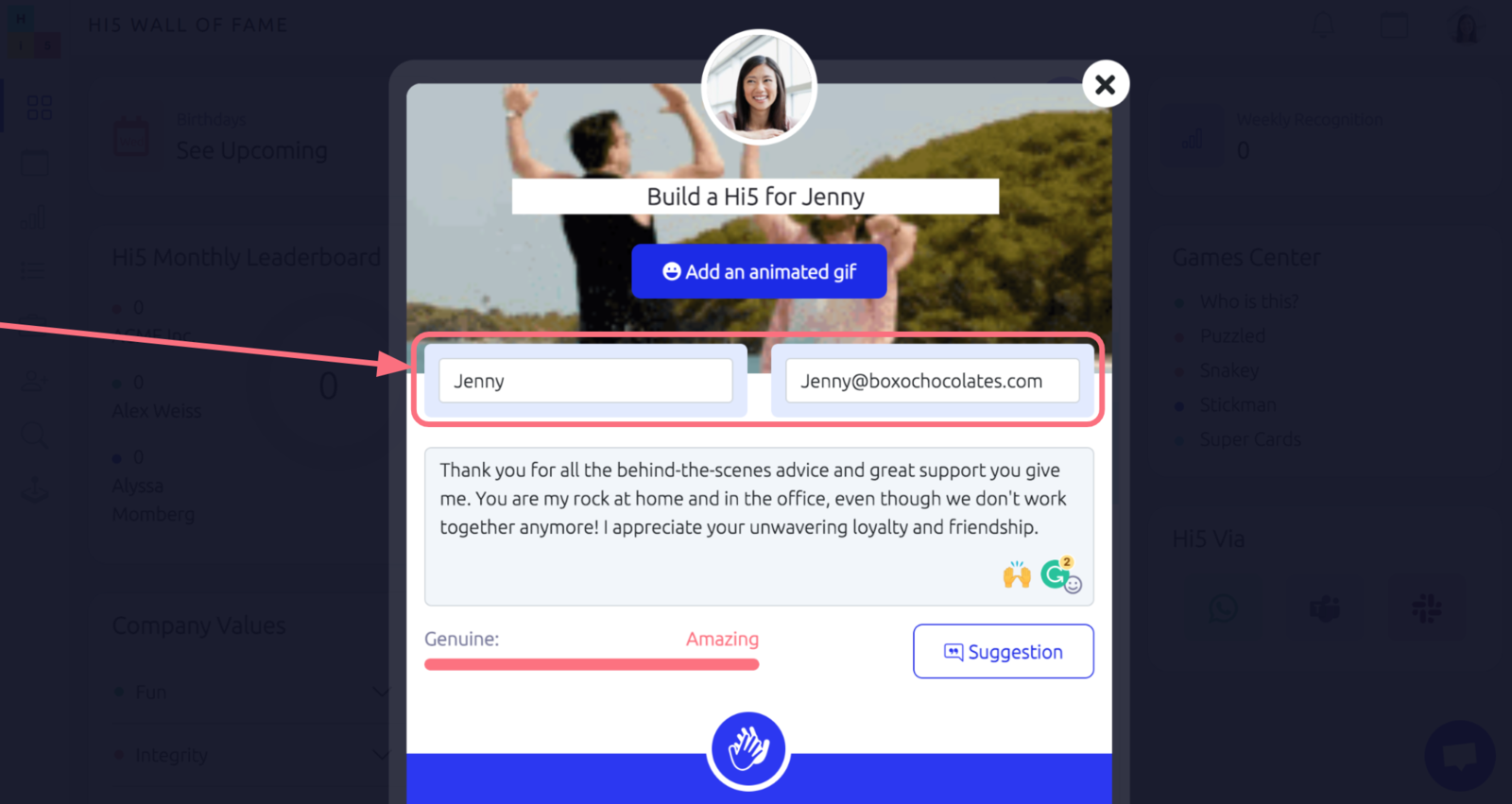 You'll see your Hi5 success message (and confetti🎉) if your Hi5 was sent.​Your Hi5 receiver will be surprised with a Hi5 in their mailbox, and will be given the opportunity to say thanks back to you!Pro tip: Hi5'ing externally does not take any of your 5 x weekly Hi5's, but will also not appear on any Hi5 Walls.